When the holiday season rolls around it’s just so much fun to make treats from your favorite Christmas movies like the Grinch. Grinch Cinnamon Rolls are great for fun Christmas breakfasts.

Additionally, just think how the kids will enjoy waking up to these Grinch Cinnamon Rolls on Christmas morning. 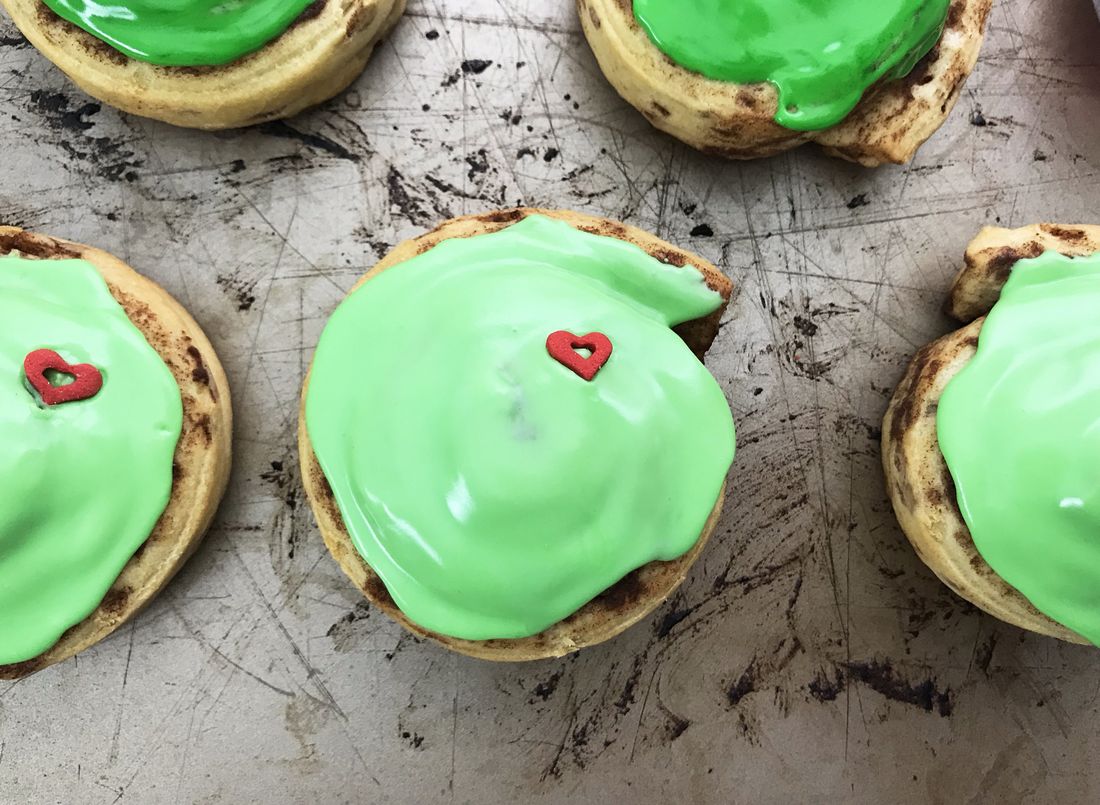 First, what’s perfect about this recipe is that it’s made with prepackaged cinnamon rolls. Yes, you could make your own cinnamon rolls if you have the time. However, if you don’t a package of rolls works perfectly. Second, the cute sprinkles are easy to find but add the right amount of Grinch cuteness to the cinnamon roll. Additionally, everyone loves an easy cinnamon roll recipe. Hence, it’s fantastic to have an easy breakfast without all the hard work in the kitchen.

Furthermore, allowing you the parent to be able to enjoy all the unwrapping. After all, you don’t want to miss out on taking pictures of the kids opening the gifts. 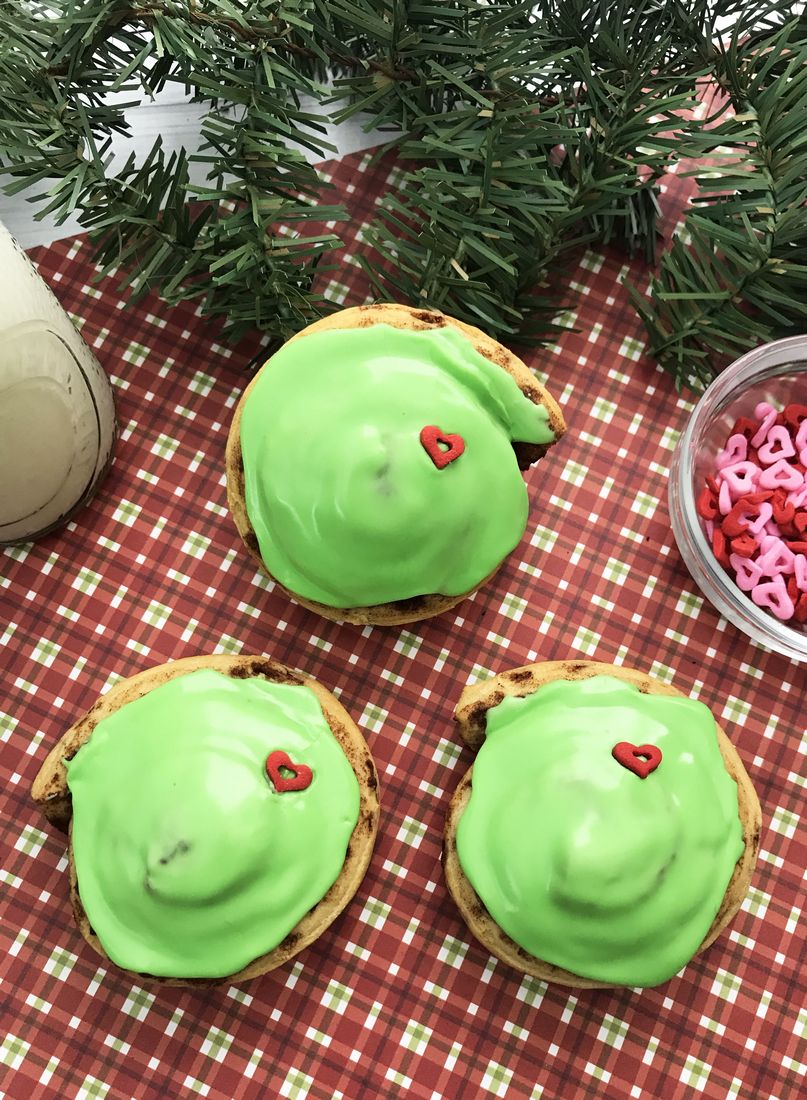 In case you have other plans for Christmas morning breakfast there is another way you could share these with the family. With the Grinchmas list below you could have a fun morning with family filling out their Grinchmas list of gifts they would like.

Additionally, you could serve up these Grinch cinnamon rolls with milk for a Grinchtastic morning! After all, who doesn’t want to have a Whoville of a time! Hence, the idea that you can also play the movie for additional entertainment. Whether it’s the vintage Grinch movie or the Jim Carrey Grinch movie.

If not those it could be a morning breakfast before seeing the latest Grinch movie to hit the theaters. Either way we know it will be a Grinchtastic morning! 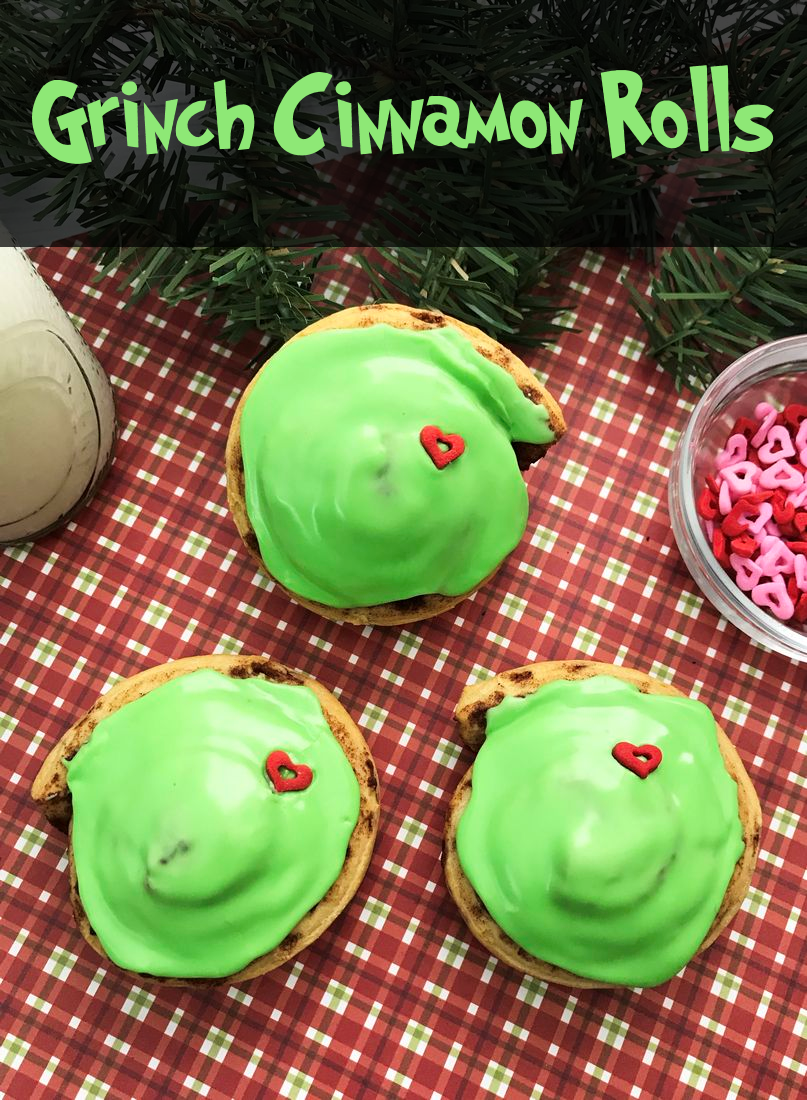 This site uses Akismet to reduce spam. Learn how your comment data is processed.

Welcome to This Ole Mom! A family friendly site. A place where we share Delicious Recipes, Ideas for Families, Travel Tips and Adventures, and more!

We are a participant in the Amazon Services LLC Associates Program, an affiliate advertising program designed to provide a means for us to earn fees by linking to Amazon.com and affiliated sites. View our privacy policy.
This website uses cookies to improve your experience. We'll assume you're ok with this, but you can opt-out if you wish.Accept Reject Read More
Privacy & Cookies Policy

This website uses cookies to improve your experience while you navigate through the website. Out of these, the cookies that are categorized as necessary are stored on your browser as they are essential for the working of basic functionalities of the website. We also use third-party cookies that help us analyze and understand how you use this website. These cookies will be stored in your browser only with your consent. You also have the option to opt-out of these cookies. But opting out of some of these cookies may affect your browsing experience.
Necessary Always Enabled
Necessary cookies are absolutely essential for the website to function properly. This category only includes cookies that ensures basic functionalities and security features of the website. These cookies do not store any personal information.
Non-necessary
Any cookies that may not be particularly necessary for the website to function and is used specifically to collect user personal data via analytics, ads, other embedded contents are termed as non-necessary cookies. It is mandatory to procure user consent prior to running these cookies on your website.
SAVE & ACCEPT
Send this to a friend